Charitable Bike Building! It’s a fun, team building exercise, where teams of two to six people team up to assemble a fully disassembled bike (in the box). With a catch of course – we remove a few pieces from each bike set, and then make you work to get them back. Work? How so you ask? Well, you might have to do a timed task, answer a trivia question, or perform some other odd, somewhat flashy task. Each successful task earns the team one of their missing pieces.

Piece by piece, task by task – each team’s bike begins taking shape. After a team completes their bike, they can choose to either observe other teams or jump in to help slower teams complete their bikes. First team done “wins” with bragging rights as the prize.

HOW IS CHARITABLE BIKE BUILDING GOING TO HELP OUR ORGANIZATION?

Charitable Bike Building is a great alternative to ‘normal’ annual meetings or conventions, because they create fun AND philanthropy with limited investment.

At the team level, Charitable Bike Building creates an experience that fosters camaraderie within a high energy, team activity. It allows team members to meet other people in your organization who might not otherwise to work together, and strengthens relationships that already exist.

And don’t forget that every bike built is donated to a child in need, creating a sense of purpose and worth in everyone who participates.

I received my first bike as a Christmas gift from my folks in 1982 – I thought I’d hit the jackpot. I was 7 years old, and thus far it was the best day ever. The bike was white and red with a banana seat that looked like a sneaker. It was the bike I learned how to ride on, and happily spent the next few summers riding around the neighborhood with friends and family.

Unfortunately, some families can’t afford necessities like utilities, housing, and food... much less a bike for their children. It’s a sad reality, but one that we (and you!) help minimize by donating all bikes built to the charity of a participating organization’s choice. If they don’t have a charity of choice, we donate the completed bikes to one of our favorite charities, such as… Action Adoption, The Boys and Girls Club of Cincinnati or The DragonFly Foundation.

Everyone has fun & Everyone wins!

Donations are coordinated by us. There may be times were we need assistance from the participating group. Either way, we will ensure the bikes make it to children who need them most. 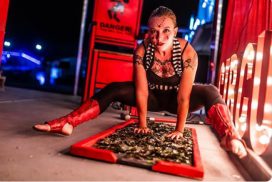 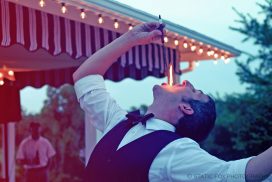 {You must leave a voicemail}Holiday Parties